How to reduce inheritance tax 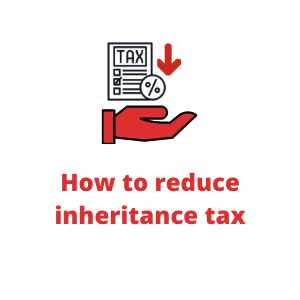 10 Dec How to reduce inheritance tax

IHT is a tax on the value of the estate at death but also on chargeable transfers made with various reliefs. When discussing matters, care is being required for both lifetime and after death. Consider using these six tips to learn out “how to avoid inheritance tax”.

If included in Mr. A ‘s estate: There are certain excluded properties. Which should not measure in the estate ‘s value when measuring IHT.

Hold these exempt assets for inheritance tax payable. It reduces by £80,000. For assets to qualify for this exemption these conditions need to be satisfied:

Some of these exempt assets are as follows:

Consider options that are available for gifts, for example, equity release

The home-owner may take out an available equity release loan and make a cash gift. Which would be treated as an exempt transfer?

The loan does not have to be with an external commercial organization. If there is a wealthy family member. It may be that the loan could be arranged with that person. Provided the borrower has not before made many gifts to him or her.

The exempt transfer would become exempt if the transferor survives seven years. The loan would be a liability that reduces the value of the estate of the transferor.

If children live with their parents – and where this is likely to continue for some time. The parents would gift a share of the property to the children. For capital gains, this would be a gift to connected parties. So, would deem to occur at market value for capital gains tax purposes. It may be exempt if covered by the private house relief of the parents. The children’s acquisition cost would be deemed as the market value at the date of transfer. For inheritance tax purposes this would be an exempt transfer made by the parents.

Payment of inheritance tax by installment is necessary. If the sale of land and buildings requires an IHT liability. This applies to any kind of land and property wherever situated. An election in writing to the board of HMRC may be made to pay the tax due by ten equal yearly installments.

Substitution for the value of the death

Where land or buildings in a deceased person’s estate is sold out within three years. At times in four years, after death a claim (on Form 38). That’s when the sale value substitutes the value of death. Various conditions need this relief to be available as explained. ( Inheritance Tax Act 1984 sections 190 to 198). The claim should be made not more than four years from the date of death.

Funds held in a Self-Investment Pension Plan (SIPP). SIPP held on the death of the member may transfer to the ‘nominated beneficiaries’. The member should complete an ‘expression of wish’ form. Each pension plan to the state to whom they wish the benefit to pay.

The trustees of the pension fund usually obey the guidelines. Unless extraordinary circumstances occur. Expression of wish form guides. The scheme administrators/trustees to exercise at their discretion. They stated wishes in the way that the policyholder would have wished. They refer to the most recent form when making a decision.

If a policyholder dies before the age of 75, either before or after they start to withdraw benefits. The funds held in the SIPP can be transferred to any nominated beneficiary tax-free. ( It was only possible until April 2015, when the member began withdrawal).

If death occurs after the age of 75, either before or after they start to withdraw benefits. The beneficiaries will be taxed at their marginal rate of tax if funds are taken as a lump sum or income. (although it can be transferred to their own SIPP instead).