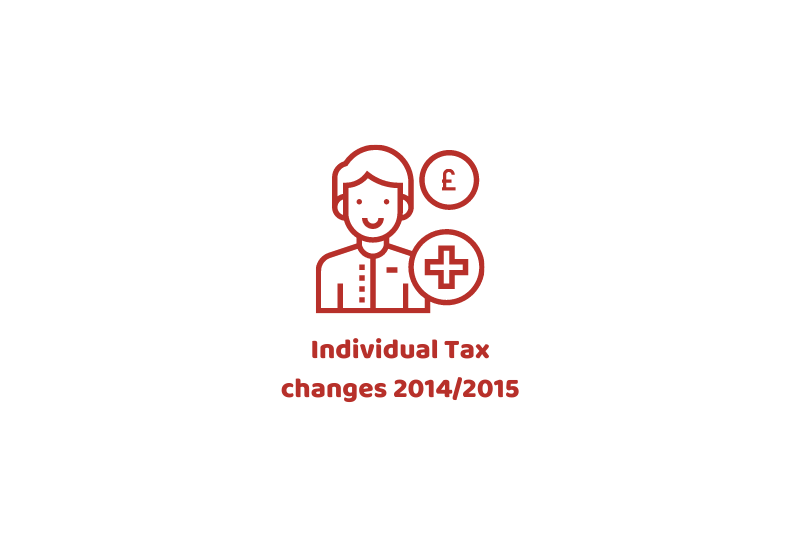 The standard personal allowance will increase to £10,000 from 6 April 2014, but the age allowances for those born before 6 April 1948 are frozen.

Married and civil partners can transfer up to £1,000 of their personal allowance to their spouse effective from April 6 2015.  This amount will increase if the total personal allowance increases year on year. However, the transfer can only take effect if both members of the couple are basic rate taxpayers or pay no income tax for the year.

*The savings rate of 10% only applies if the individual’s net non-savings income does not exceed the savings rate limit. The higher rate and basic rate thresholds can be increased by paying personal pension contributions or gift aid donations.

Currently, individuals can claim tax relief on interest paid on loans which are used to invest in UK companies. In which they have a significant interest, employee-controlled companies and partnerships in which the individual is a partner. From 6 April 2014, this tax relief will also be available if the company is resident outside the UK but within the European Economic Area. The interest relief will still be capped at the greater of £50,000 and 25% of the taxpayer’s income for the year.

The State Pension Age (SPA) is currently being aligned at 65 for men and women who are reaching that age in the next few years. The SPA will then rise for both men and women to 66, and increase to 67 for those that reach that age between 2034 and 2036. The government is reviewing how quickly the state pension age should be changed. It is likely to accelerate the SPA to age 67, 68 and then to 69 for people who are currently in their early 30’s.

From October 2015 the government will permit people who have reached SPA to make voluntary NICs top up their NI contributions record for state pension purposes. This will apply to people who reach SPA before 6 April 2016.

The tax-free ISA investment limits for 2014/15 are as follows: