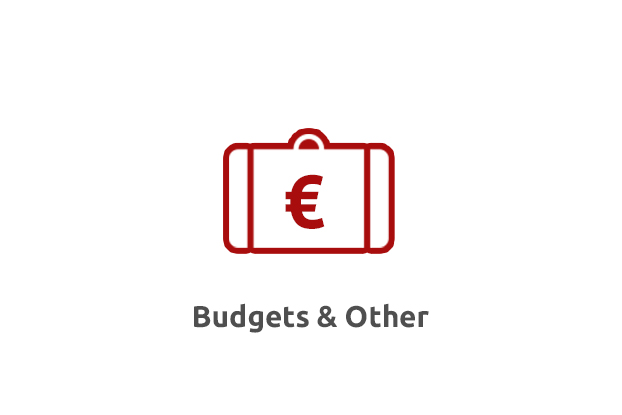 Businesses registered for VAT before 1 April 2010 with turnover (excluding the VAT element) under £100,000 per annum are able to continue to file paper VAT returns and pay by cheque. However, from April 2012 all VAT registered businesses are required to submit their VAT returns online and pay any VAT due electronically.  In the meantime, it should be noted that for returns commencing after 1 April 2010 any payment by cheque and the VAT return must reach HMRC insufficient good time for the cheque to have cleared before the due date otherwise a default will be registered.

The basis of charging penalties for late filing of returns/payment of VAT is to be changed at some, as yet, unspecified date but perhaps April 2012.  As with income tax self-assessment, there will be two penalty regimes, one for late filing of a return and one for late payment of the liability due.  As at present, there will be a rolling penalty period and the penalty clock will only be reset if and when a full period of compliance is achieved for twelve months.

Late filing of VAT Return penalties are proposed as follows:-

Returns more than six months late will also attract a surcharge of 5% of the amount due, with a further 5% surcharge at the twelve months overdue point.  For ones deliberately withholding returns, the surcharges can be increased up to 100%.

Late payment penalties are as follows:-

In view of the above, it is important to have systems in place to ensure the timely submission of returns and payment of resultant liabilities.

On 1 August 2009, the “option to tax” commercial property rules was 20 years old.  This is important because once an option to tax election has been made it cannot be revoked for at least 20 years.  Up until recently, no revocations were, therefore, possible but from 1 August 2009 that position has altered.  In the short term, there will be few properties that will qualify under the 20-year rule but gradually this will change and is, therefore, a matter to keep under review in respect of each individual property.  If the 20 year period has passed and revocation is desired contact should be made with the VAT option to tax unit in Glasgow.  Whilst most revocations should be straight forward there are anti-avoidance rules in place to prevent certain potential abuses.

The new all-embracing tax penalty regime now applies to all VAT returns with a submission date on or after 1 April 2009 which is likely to lead to greater levels of penalties being applied for VAT errors, especially those uncovered via a VAT inspection.  However, the old regime continues to apply for failure to register on time for VAT purposes for all such failures where the registration limit was exceeded before 1 April 2010.

With effect from 1 April 2010 the period for claims and assessments has increased from three to four years.

From 1 January 2010, the VAT rules with regard to the supply of services (i.e. the rules for the supply of goods remain as before) overseas (whether in the EU or elsewhere) have changed such that in most cases for business to business supplies the place of supply will be where the customer belongs (the main exceptions being land transactions, including architects, surveyors fees, etc, direct building work and hotel accommodation charges where the place of supply is where the land is located and entertainment, cultural, artistic, sporting events (where the place of supply is where the event takes place, but see below), and educational services (to 31 December 2010 only)).  As a result, most business services supplied overseas will be outside the scope for UK VAT purposes (although note that establishment of a fixed base in another EU country may require registration in that jurisdiction).  Similarly, business services received from a supplier in another country will be outside the scope but will need to be accounted for in the UK under the reverse charge arrangements.

As a result of the above, business services supplied after 1 January 2010 to other businesses in the EU will need to be included on an EC sales list form along with details of the sale of goods to other EU businesses (as at present).  Note that an EC sales form should be completed for each calendar quarter for which previously goods and from1 January 2010 goods and services are supplied on an outside the scope basis to EU customers.  Also, note that evidence of the supply of goods and services overseas and of the business status of the customer must be obtained and be available for inspection.  Usually, such evidence will be the customer’s (overseas) VAT number together with evidence that goods have been physically despatched overseas and services rendered to an overseas entity (although the services themselves may have been performed in the UK).

Further changes took place on 1 January 2011 in respect of entertainment, cultural, artistic and sporting events so that these are now covered by the general rules regarding business and non-business customers, but note that services relating to admission to such events are still treated as supplied where the event takes place.

VAT paid in other EU countries on both goods and services consumed in such countries for business purposes can be recovered from the relevant overseas authority although in practice, at least until the end of 2009, this was often somewhat difficult, not least because of the need to complete claims in the local language.  However, from 1 January 2010 claims are made via HMRC and in English so the procedure should be much simpler.  .

Suppliers of both goods and services overseas should seek specialist advice on the VAT treatment of all such transactions as the above only represents a broad outline of the rules.

From 1 April 2010, the rules on partial exemption calculations have been slightly simplified.  Further information is available via HMRC VAT Information Sheet 4/10