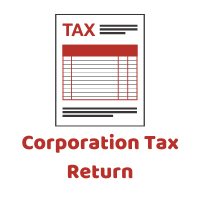 To ensure avoidance of penalties, companies should notify HM Revenue & Customs about corporation tax return within 3 months of commencing trading which is normally done by means of completing form CT41G.

The corporation tax self-assessment return (CTSA) must be submitted to HMRC along with the accounts and tax computations, although it is possible to file all this information online through the HMRC website. The filing deadline for the CTSA return (plus accounts and tax computations) is normally 12 months from the end of the accounting period. If the return is late there are penalties as follows…

This is usually 9 months and 1 day after the end of the accounting period for small companies. However large companies (£1.5 million of profits) pay under 4 quarterly installments, that commence 6 months into the accounting period, so they must use an estimate of their eventual tax liability for the year. Companies that form a group may fall into the definition of “large” and be required to pay corporation tax by installments. Interest runs on late payment.

Companies must also deduct income tax from some payments (such as some interest payments) and pay this over to HMRC within 14 days of a quarter-end. Quarters end on 31 March, 30 June, 30 September and 31 December, with an extra return in the period up to the accounting period end if it does not coincide with these dates.

Time limits for correcting and enquiring into tax returns?

HMRC generally have 9 months after a return is filed (or an amendment filed) to correct obvious errors such as arithmetic mistakes. The company can amend the return within 12 months of the filing date.

With regards to enquires, returns can be selected at random or for a reason (but HMRC don’t have to say which) at any time within 12 months of the date the return is filed (assuming the return was filed early) filing date or if the return was filed late it is from 12 months of when it is filed plus the period to the next quarter day (31 Jan, 30 April, 31 July, 31 October). Where there is an amendment, the time limit changes to 12 months from the date of the amendment plus the period to the next quarter day.

However, HMRC can make a discovery assessment if there is a loss of tax due to fraud or negligence, or if the facts giving rise to the loss of tax only became known to HMRC after the time limit for opening an inquiry had expired and they could not reasonably have been expected to be aware of the facts from the information made available to them at the time. The normal time limit for discovery assessments is 6 years after the end of the accounting period but is increased to 20 years in cases of fraud or neglect.

We can assist you with all aspects of corporation tax compliance and planning.