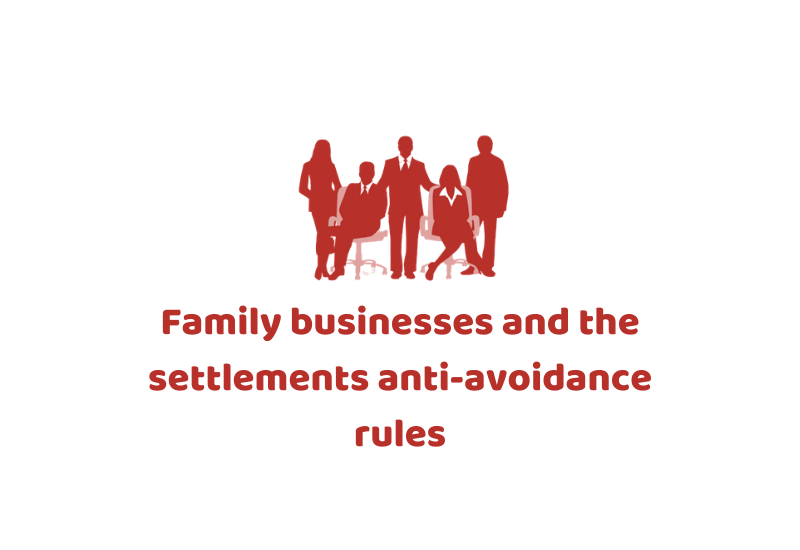 The ‘settlements’ income tax anti-avoidance rules found in ITTOIA 2005. The principal sets of rules are the ‘revocable, or settlor interested’ settlement rules (ITTOIA 2005, s 624), and the ‘settlements on minors’ rules (s 629).

To these rules, the term ‘settlement’ is a lot wider than the concept of a formal trust. Which drawn up by a solicitor, and signed and sealed, under ITTOIA 2005, s 620 it can include, for example, any kind of ‘arrangement.’
The rules referred to here as the ‘revocable, or settlor interested’ rules. It applies where the person who has made the settlement or arrangement is in a position to take the money or asset back. Second, applies where parents make any kind of arrangement in consequence of which their ‘minor’ children receive income.
In both cases, the effect of the anti-avoidance legislation applying is that person who has made the arrangements/settlor taxed on the income as if it were their own.

A few years ago, this arrangement was very popular. The ‘settlements on minors’ anti-avoidance legislation only apply to parents, not grandparents.

This is an example of the way it works.

Mr. and Mrs. Stephens is running a very successful estate agency business. He can afford to send their children to a private school as a result.

It does rankle with them, given that they are saving the state money by educating their children. They have to pay ‘through the nose’ on taking enough dividends out of their company to meet the school fees, as well as their living expenses. So, when a ‘clever’ tax adviser suggests using the grandparent’s exception to the ‘settlements on minors’ rules, they bite her arms off.
The scheme was set up, often by the grandparents subscribing for new shares in the company. Then putting those shares on trust for their grandchildren. Often the amount subscribed was a nominal amount, but even so, the shares so issued immediately started paying much dividends to the children.

All seemed to be well with such ‘clever’ arrangements for many years until HMRC started attacking them. The grounds of their attack were the actual income of the company. That used to pay the dividends was a result not of the grandparents’ investment in the company. But if the parent’s physical efforts in earning the profits of the company. Given how wide the rules against ‘arrangements’ are, it is quite easy to agree with what HMRC is saying here.

The Situation Where the Rules Can Avoid

A variant of the same principle in the context of an investment business is a family investment limited liability partnership (LLP) or company that has grandparents and their grandchildren as members, usually with the parents’ generation involved as members as well.

An investment LLP, funded by the grandparents, is actually a very flexible and tax-efficient way of allocating income to the grandchildren. Unlike handing over assets, the LLP structure enables the grandparents to continue to control and safeguard the family investment assets. At the same time, utilising their grandchildren’s tax allowances and lower rate bands.

As far as it is visible, the ‘revocable settlements’ rules would not in practice applied by HMRC to the amount received by the grandchildren, even if it varies from year to year, providing that this amount is theirs and cannot claw back by the grandparents. But, because of the risk of the ‘settlements on minors’ rules, one would try to tell against the parents. Generation introducing any capital value into the LLP. At best, this could ‘muddy the waters’ in respect of any income that their minor children derive from involvement in the LLP or company.

Another high-profile example of the application of the rules of the settlement by HMRC, in this case, unsuccessful, was in the area of husband and wife owned businesses, with the key legal case being the so-called ‘Arctic Systems’ case (Garnett v Jones [2007] STC 1536).

This involved a consultant operating through a personal, limited company in which he and his wife held shares. Although, He did most or even all the work for the company, dividends paid in many amounts to his wife. HMRC claimed that the dividends paid to Mrs. Jones should taxed on Mr. Jones because they comprised a ‘settlement’.

Having succeeded in this claim in all lower courts, HMRC lost in the House of Lords. Which decided that it was consistent with the whole scheme of ‘independent taxation’ of husbands and wives, introduced in 1990. That diversion of income of this sort would happen between spouses. Under the principle that ‘Hansard’ can cite in deciding what legislation means. The court referred back to comments by the then promoter of the Budget changes to the effect that the government accepted. That diversion would occur between husband and wife as a result of the new rules.

HMRC being bad losers, their immediate reaction to this. In late 2007 when the impact of the case was being felt, was to announce new legislation to counter the effect of the decision. But, the proposed changes would have complicated for professionals to administer, involving a value judgment in each case about how much each spouse contributed effort. So, it announced that the proposed changes would postpone.
Immediately following this announcement came the 2008 financial crisis, and the proposed changes somehow got lost in confusion. The result is that Arctic Systems is still good law. It is ‘open season’ on spouses making arrangements of this sort to utilize what would otherwise have been un-utilized personal allowances and lower rate bands.

However, avoid ‘funny’ shares, which could see as merely a mechanism to pay an income. Typically, these shares might have no voting entitlement, and also restricted or nil rights to assets on winding up. It’s best to issue straightforward ordinary shares to each spouse. Although it does seem to be permissible for these to be different classes so that different rates of dividends can pay for tax efficiency.