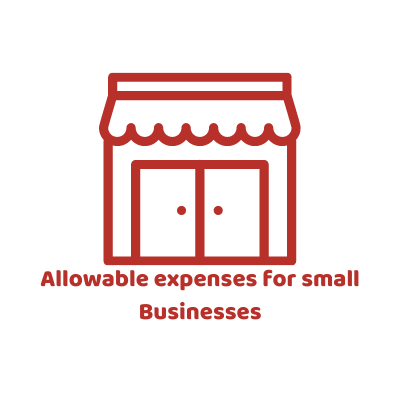 Always look at the facts of any deductibility of expenditure and explore. The reasons for any claim as in Daniels v HMRC. Where deductibility of an exotic dancer’s clothing and underwear and other items. Including cosmetics and hair extensions were under scrutiny.

We revisit the court case that revealed what can – and cannot – deducted as expenses.

The concerns at issue related to the deductibility of Ms. Daniels’ travel expenses. (A self-employed exotic dancer) between her home and Stringfellows. (A nightclub in central London) and of certain other items. Including clothing, lingerie, dry-cleaning, make-up, beauty treatments. These costs claimed as allowable in Ms. Daniels’ tax returns for the years in dispute.

In this case, Mr. Horton, a bricklayer subcontractor, reported as a cost to move from work to location. Mr. Horton’s tools kept at home and his books written up at home. Also, he held meetings at his house with contractors to establish fees.

The travel included daily travel. i.e: building sites, picking up other bricklayers, and inter-site travel. The daily travel varied between five and 55 miles. Each project would take no more than three weeks. There was no office at the sites.

The Court of Appeal held that Mr. Horton’s home was his ‘business base’ and as a result. The whole expense was allowable as it satisfied the wholly and only rule. In conclusion, travel expenses are deductible for business purposes. In the connection with itinerant work or for journeys between business locations. ( Horton v Young [1971] 47 TC 60 )

In this case, Dr. Samadian was a self-employed consultant geriatrician. Who was also a full-time consultant working for two NHS hospitals? Dr. Samadian reported the expense of traveling between private hospitals. Moreover, NHS and private clinics and his home.

The judge accepted that Dr. Samadian did have a place of business at home. There was a ‘mixed object’ in the traveling between home and the private hospitals. Because the office was also Dr. Samadian’s home, part of the object. The journey was to allow him to maintain a home in a location separate from his place of employment. So the judge decided that the cost of these journeys was non-deductible.

The journeys between NHS hospitals and private hospitals. Also, regarded as non-deductible on the grounds. That the travel was not an integral part of the business itself.

In conclusion, travel expenses for journeys between home (even if the home used as a place of business). Places of business treated as non-deductible (other than in very exceptional circumstances).

In Ms. Daniels’ case, the tribunal of the first rank upheld the ruling of the upper court in Samadian. Ruled that her traveling expenses were not allowable because they had a dual purpose. They incurred to travel from home to work and back again. As well as from her home office location to her place of work at the club in London. ( Samad Samadian v Revenue & Customs [2013] UKFTT 115 )

Small business Items include clothing, lingerie, dry-cleaning, make-up, beauty treatments, and hairdressing (including hair extensions). Normal everyday clothing is not allowable. Because of the duality of purpose as established in Mallalieu v Drummond HMRC. In this case, the judge concluded. That even though Ms. Mallalieu’s sole conscious motive was to follow professional rules. This was not the relevant test. The clothes were also used for ‘warmth and decency’ and So, no apportionment was possible.

In comparison uniforms, costumes in theatre, etc… It can only be used on the stage and is not considered usual everyday clothing [BIM 37910]. Proof from Ms. Daniels was that her work with Stringfellows was an integral part of her role. The costumes and dresses that she wore. Were not the type of clothing that would be suitable to wear outside the club. Her dresses were long, see-through, and skimpy. They decorated with sequins so that they dazzled under the lights.

Also, her costumes would include nurses’ and schoolgirls’ uniforms for ‘fancy dress’ evenings. Her shoes had six to ten-inch stiletto heels. Made so that it was possible to hang upside down from a pole when her performance included pole dancing. Her high-heeled shoes tended to wear out.

Example 1: The court accepted Ms. Daniels’ that the clothes she bought to perform at the club could not wear outside. Conclusion, that these items were for the purposes of her business and So, deductible.

Example 2: As regards the cost of cosmetics. These had to apply in a theatrical manner to last the whole evening of Ms. Daniels’ performances. She did not wear that make-up outside her work.

Example 3: In respect of perfume, Ms. Daniels said that she did not wear perfume other than for her performances. Her performances involved ‘getting naked in front of drunken men’. She did not want the perfume to feature in her everyday life to remind her of her dancing job.

Most of the women (irrespective of what work they do or whether they work at all). Wear make-up of some sort, a stage performer has to wear a different level of make-up. So, stage make-up is thus allowable as part of a performer’s costume.

In the judgment, the court stated that ‘the fact that Ms. Daniels could have worn make-up. The perfume outside her work is not the correct test. Her evidence was that she did not do so and that she bought those items for her performances. She incurred the expenditure wholly and only for the purposes of her performances. That it was thus deductible.’

As regards the cost of hairdressing, hair extensions, and various beauty treatments. (eg manicures, fake tanning, and waxing). HMRC’s own practice as outlined in its own Manuals (BIM50160) states. ‘where a performer claims a deduction for the cost of cosmetic surgery to correct. Some perceived inadequacy in their appearance then you need to examine.

Whether one of the aims of these costs was to their private desire to improve/change. If it was, no deduction will be due. Some performers can but can show the cost of cosmetic surgery has incurred. For professional purposes, Such expenditure may be allowed.’

Ms. Daniel’s investment intent improves her appearance for her performance court proves that. The effect may have been that her appearance in her everyday life was also enhanced. That was not the purpose of incurring the expenditure. As a result, the expenditure on hairdressing and other beauty treatments was deductible.

Receipts or other primary records

Although a cashbook provided showing expenses totaling £8,629.48. Which claimed as an allowable deduction, receipts, and invoices. Provided which substantiated less than 10% of the amount claimed.

Ms. Daniels stated that it was not possible to collect and keep receipts for all expenses. As often her purchases made from market stalls, whose stallholders didn’t provide receipts.

The judge decided that while Ms. Daniels should have kept better records. He had no reason to believe that she had not incurred the expenditure. As, a result, the claims should accept regardless of the lack of invoices.

The validity of a penalty assessment under Schedule 24 for ‘carelessness’

On penalties, the court agreed that HMRC justified in charging penalties for travel fees. The argument that Ms. Daniels relied on her accountant to prepare. Submit the tax returns not accepted. The penalties reduced on the basis of one HMRC officer’s ‘unreasonable approach’. which had ‘soured the relationship’ with the taxpayer and her adviser.