Borrowing money from your company? 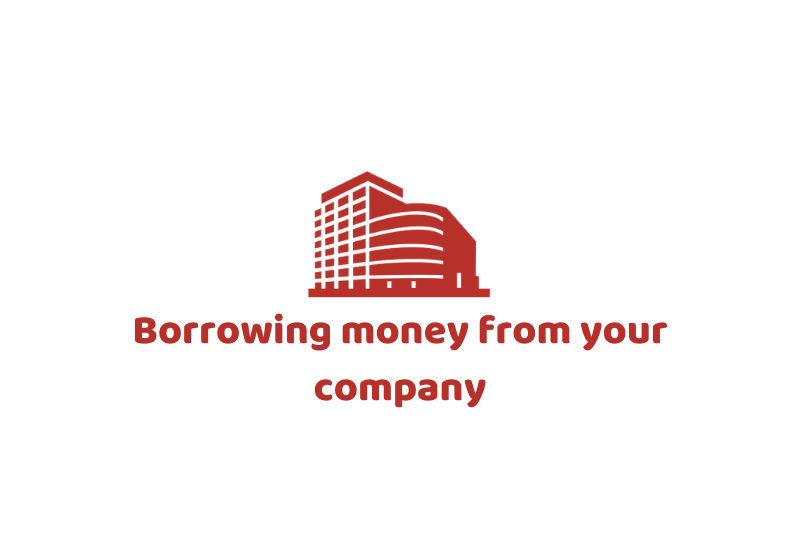 05 Jul Borrowing money from your company?

You might assume that once you set up your limited company, you ‘re free to borrowing money from your company out of the profits of the business as you see fit – after all, it’s your business. In fact, the directors who employ this ‘what’s yours is mine’ attitude to their profits might find themselves in a lot of trouble.

Limited corporations, once registered in Companies House, are a legal entity in their own right. This means the assets and profits of the company belong to the company, not to the business owner. Therefore, as a single trader whose personal and company assets are one and the same, you can not literally be borrowing money from your company.

On the face of it, it’s puzzling that there are any tax implications when one simply borrows money from a limited company. A loan, after all, isn’t income and, therefore, shouldn’t be subject to income tax; and it doesn’t consist of the proceeds of disposing of an asset and, therefore. shouldn’t be within a million miles of capital gains tax.

However, if you delve an inch below the surface of this sort of reasoning, you’ll see that there are tax implications of borrowing money, for the reason that it would otherwise be a straightforward and tax-efficient alternative to taking income from that company.

Suppose, in what follows, that the situation we are looking at is the common one in the practice of someone who is a shareholder and director of a close company. The question that arises here is can a director borrow money from a limited company. Or someone associated with such a shareholder and director, taking a limited company loan from that company’s resources. In this classic situation, you’re basically looking at two different tax charges:

The tax charge is now (following a recent hike in the rate) at an amount of 32.5% of the amount loaned. This has to pay to HMRC if the loan is still outstanding nine months after the end of the accounting period created. It follows from this, of course, that the tax charge can avoid if the loan is repaid to the company within this nine-month period.

The rationale for the loans to participators charge (which is levied under CTA 2010, s 455) is clear; if a shareholder was tempted to take a loan from the company as an alternative to receiving a dividend, in order to save the income tax charge that would be levied on a dividend, HMRC wants their tax anyway.

The beneficial loan charge, by contrast, levied on loans made to people in their capacity as employees of the company, rather than as shareholders. An interest-free or subsidized rate loan taxed under the benefits-in-kind code of ITEPA 2003 based on the difference between the interest charged on the loan and the ‘official rate’.

So, if the loan is interest-free, the individual treated for tax purposes. If he had received a benefit equal to the amount of the loan multiplied by the official rate (currently 2.5%). As a benefit-in-kind, this doesn’t give rise to an income tax charge on the individual. But also to a charge to Class 1A National Insurance contributions on the employer.

The drawback, of course, is fairly obvious; at some point, it will be necessary for the amount actually to be paid. Unless you are looking at a very long-term ‘end game’, with the loan being repaid on (say) the sale or winding-up of the company, it is likely that you would have to take taxable income from the company to make the repayment. In this case, the charging of interest would constitute no more than a deferral. Rather than a permanent saving of tax.

The loans to a participators tax charge

This is a very strange form of the tax charge. Because it isn’t an income tax, and it isn’t a corporation tax either. Indeed, it is what you might refer to as sui generis. In some ways, it’s more like a deposit with HMRC, refundable when the loan is repaid, rather than a permanent tax charge. Interestingly, from the tax planning point of view, the tax charge on the company itself.  It is a kind of substitute for the income tax that the individual would have paid if he had taken a dividend instead of a loan.

First of all, let’s consider a possible ‘get out’ from section 455 tax charge. This tax charge does not arise where the loan made by the company in the course of trade money lending carried on by it. On the face of it, this would seem a defense which could raise quite often because the company could easily argue that any loan it makes to its participators constitutes a money lending trade – provided a commercial rate of interest charged on the loan.

HMRC will tend to resist this argument in practice unless the company is a professional moneylender. Complying with the stringent requirements for the professional providers of credit these days.

Because of the generally undesirable tax effects of taking loans from your own company in this way. You could consider methods of repaying the loan which perhaps fell short of actually putting your hand in your pocket.
If you have an asset like a car, a property, or even intangible assets like rights to the computer software.  These could transfer to the company by way of an effective repayment in kind, thus avoiding or repaying the loan.

Finally, bear in mind that loans to participators tax charge can apply in cases that are not obvious. Section 459 of the same Act specifically applies to cases.  Where the taxpayer tries to distort the evidence intentionally in order to prevent a tax penalty. Nevertheless, it can apply in ‘innocent’ situations as well.  The best way to illustrate this is by an example.

It seems this would not be the case if there was simply a transfer of credit balance between the companies. With Z Limited transferring the liability under the director’s loan account to Y Limited in return for an intercompany balance. Y Limited could then pay the £100,000 to Mr. X direct. This would not appear to give rise to loans to a participator’s tax charge.

Let our accountants in London make things easier to understand for you. We’re friendly, proactive, young and keep up with all the latest developments in your business to make sure you’re on top of your game.