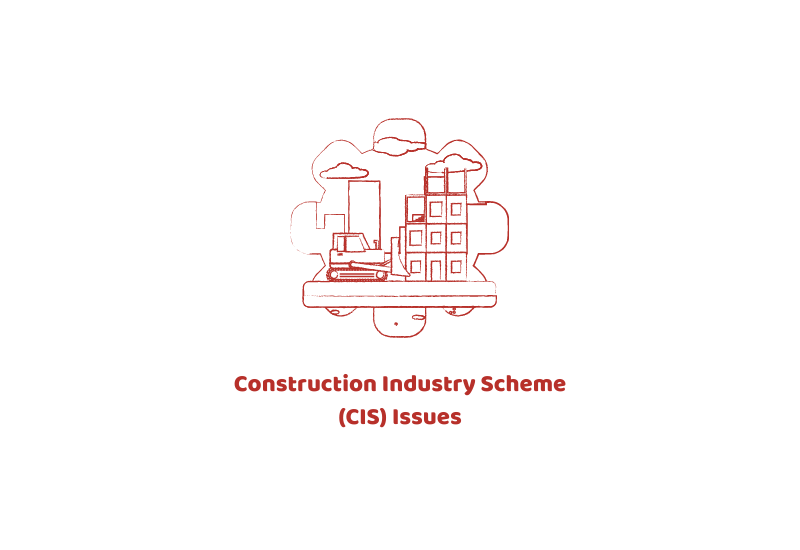 On 6th April 2007, a new Construction Industry Scheme was introduced. Many of the characteristics of the previous scheme were carried over into the new scheme, but there are a number of important changes and CIS issues about which contractors and subcontractors need to be aware.

The major changes relate to the way in which the payment status of a subcontractor confirms, how payments take place with subcontractors and the reporting requirements of such payments to HM Revenue and Customs.  In addition, the rules for retaining a gross payment status have tightened up and are being stringently applied.

To Whom Does the CIS Apply?

As with the previous scheme, the new scheme applies to those who are defined as contractors which are businesses (whether undertaken by a sole trader, partnership, company, trust, charity or other entity) that carry out construction work in the UK, e.g. builders, civil engineers, property developers who engage subcontractors (at any level) and certain other large organizations and public bodies who engage subcontractors at an average cost of £1m plus per annum.  The scheme applies irrespective of whether or not any particular subcontractor is resident/non-resident or domiciled/non domiciled in the UK.

To What Does the CIS Apply?

The scheme applies to all sub-contracted construction operations (carried out in the UK or its territorial waters), in particular, actual building works whether of a capital or repair nature on the inside or outside of the commercial or residential property or undertaken at such locations as chemical plants, sewage farms, silos, pumping stations, filtration plants, or in connection with cranes, derricks, storage tanks, pylons, conveyor systems and the installation (but not repair) of hoists, gantries, tanks, ventilation, heavy machinery, heating, lighting, drainage, sanitation, lifts, kitchens, bathrooms, shop fittings, some fire protection, computer network, and telephone systems, some floor coverings, some landscaping works and generally all other services undertaken in connection with a construction project.

Contractors must consider a tax deduction from payments made to subcontractors for work on construction operations. However, there are now three categories of subcontractors rather than two, as was previously the case, and how their payment status is verified is no longer undertaken by asking to see the documentation in the form of cards/certified documents.  Contractors must register with HM Revenue and Customs and this can be done via telephone 0845 607 0143.

The scheme places emphasis on determining the employment status of the subcontractor. There is an Employment Status Indicator Tool on the HM Revenue and Customs website (www.hmrc.gov.uk/employment-status) which, if so desired, can be used to review employment status with a print out retained as evidence of the relevant conclusion. Alternatively, contractors are advised to have properly considered the status of each subcontractor and to document their conclusions. The monthly return includes a status declaration which must be completed confirming that none of the workers listed on the return (as self-employed subcontractors) are employees.  Contractors will, therefore, have to be in a position to demonstrate this declaration has been validly made.

The registered payment status of subcontractors is verified with HM Revenue and Customs either by telephone (0845 366 7899) or online (www.hmrc.gov.uk/new-cis).  In both cases, the name of the subcontractor plus unique tax reference will be required plus, in the case of an individual, the national insurance number or, in the case of a company, the company registration number.  Once verification has been undertaken the status of any particular subcontractor will remain unless notification is received from HM Revenue and Customs to the contrary or there is a two-year gap between payments in which case re-verification must be undertaken.

All existing registrations on 5 April 2007 under the old Construction Industry Scheme were carried over into the new scheme with the same status as held on 5 April 2007. Subcontractors who have commenced in business post 5 April 2007 need to apply to HM Revenue & Customs for a registration number otherwise the 30% deduction regime will apply.  For all subcontractors registered for payments to be received gross, there is a new rolling compliance review program.  To receive payments gross a subcontractor must, broadly, be able to show a business being undertaken substantially via a bank account with a turnover of at least £30,000 p.a. per person involved and which has substantially complied with its tax obligations (in particular filing PAYE/CIS returns on time and payment on time of PAYE/CIS plus personal income tax or corporation tax) over the previous twelve months.

For a company, it must also have complied with its filing obligations at Companies House.  Failures by subcontractors to keep up to date with all their various obligations (in particular payment on time of PAYE remittances or self-assessment tax) has led to the gross payment status of many subcontractors being withdrawn (although time to pay arrangements agreed with the HMRC business support office should not give rise to a withdrawal of gross payment status unless there are other adverse factors).  Whilst 90 days notice of any withdrawals of gross payment status is given and there is an appeal process it can be very difficult to achieve a reversal of any withdrawal notice issued when the statutory requirements for obligations to be kept up to date have been breached.

From 6 April 2007, construction industry cards, certificates, and vouchers are no longer to be used. Instead, contractors must make a monthly return to HM Revenue and Customs, showing payments made to all subcontractors in that month. The return (supplied by HM Revenue and Customs) is pre-populated from existing records (the previous three months’ returns). A nil return is required even if there are no entries to make on the return although it will be possible to request suspension of the need for monthly returns for up to six months where no subcontract payments are anticipated. There are financial penalties for failure to submit a return and this will apply each and every month. The returns can be filed online (using HM Revenue and Customs’ own software if so desired) or by post to the processing unit in Bootle.

Where there has been a tax deduction (and perhaps, for completeness, even where there has been no tax deduction) a pay and deduction statement must be given to the subcontractor (see example attached).  Companies obtain relief for any deductions suffered on their income by set off against their own PAYE/CIS liabilities (not by set-off against corporation tax).  Individuals or partnerships obtain relief for any deductions suffered by set off against their personal income tax or class four national insurance liabilities.

In July 2009 HM Treasury issued a consultation document in respect of Self Employment in the Construction Industry.  The main proposal is to treat all sub-contractors as employees (either actual or deemed) unless such sub-contractors provide significant levels of equipment, materials, or other workers.  The consultation results were published in March 2010 and in response, the Labour Government appeared to continue to be strongly in favour of proceeding with the proposals once “the sector shows signs of a clear recovery”.  The Coalition Government has not commented on the position but, if implemented these proposals would seem to mean the end of the self-employed labour-only sub-contractor.

In late 2010 it was announced that a new scheme of penalties for late Construction Industry Scheme monthly returns would be introduced from October 2011 broadly being £100 for missing the due date, plus an extra £200 if more than two months late and then £300 or, if greater, 5% of the tax due on the return for being six months late and again after twelve months (with higher penalties for deliberate non-submission).  Interestingly there are relaxations for the first submission of any return(s) by a “new” contractor and any contractor who has paid penalties under the current system can apply to have such penalties recalculated under the new regime and, where appropriate, claim a refund of penalties previously levied and paid.