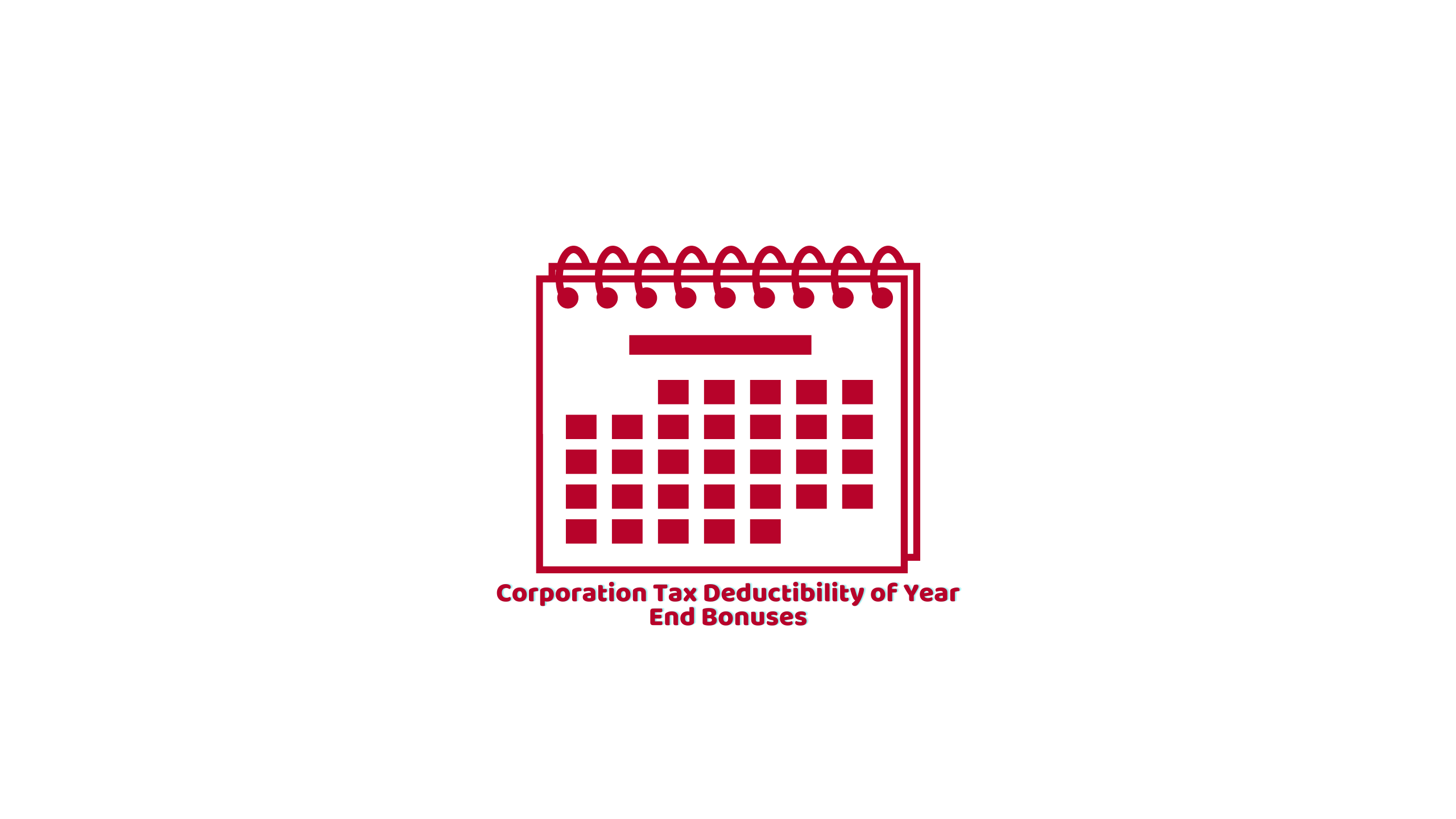 As the application of accounting standards and selection of accounting policies has come to play an ever-increasing role in the determination of a company’s taxable profit over recent years, HM Revenue & Customs have recruited significant numbers of qualified accountants with a view to ensuring that Tax Inspectors are well advised on the accountancy and commercial aspects of all matters that have a bearing on a company’s tax position.

The aim of this letter is to highlight one particular area to which companies may have given relatively little thought in the past, but where significantly more challenges are likely to arise in the future.  The issue in question is the inclusion of provisions for directors’ or employees’ bonuses in year-end accounts in respect of payments made thereafter and the consequent corporation tax deduction claim.

Background and the “Nine Month” Rule

You should be familiar with the rule which requires accrued salary or bonuses to be paid via PAYE within nine months of the accounting period end in order to be eligible for a corporation tax deduction in the year in which a provision is made rather than the year of actual payment.

Occasionally the issue will arise as to whether payment has actually been made within the nine-month period and for these purposes, it is necessary to consider when remuneration is deemed to be paid.  For tax purposes, this is the same date as to when the remuneration is deemed to be received by the director or employee and is the earliest of the date when payment is actually made and when the director or employee becomes entitled to payment.  This is also the relevant date for PAYE accounting purposes and must be within nine months of the balance sheet for a corporation tax deduction to be granted in the year in which a provision is made and avoid relief being deferred until the period the remuneration is actually paid.

From the above, it will be clear that a bonus entitlement accrued in the year-end accounts on which PAYE is operated and the net amount either paid out or credited to a director’s loan account within nine months of the year-end will usually be sufficient to ensure the availability of a corporation tax deduction.  This, however, is subject to the provision in the year-end accounts being valid under generally accepted accounting practice a matter which is considered in more detail in the rest of this letter.

The validity of Provisions in Year End Accounts

For accounting periods beginning on or before 31 December 2004, the position was fairly straightforward as Standard Statement of Accounting Practice 17 permitted provisions to be made where it had been customary to do so in the past.  Since bonuses earned relative to a particular accounting period were invariably included as an expense of that period, even if actually paid at a later date, generally accepted accounting practice permitted the appropriate provision to be made.

However, following the withdrawal of Standard Statement of Accounting Practice 17 the most significant accounting standards to consider in this respect for companies preparing accounts under UK GAAP are Financial Reporting Standards 12 and 21.

In order for a provision to be recognized in the accounts of the company, the following criteria must be met.

For the purposes of assessing the acceptability of accrued salary or bonus provisions, the second and third bullet points would not appear to pose any particular problem in themselves.  If it is established that there is an obligation in respect of accrued salary or bonus then a transfer of economic benefits (i.e. payment) will be required and there should be no problem in producing a reliable estimate of the amount of the obligation.  It is the first condition that is likely to be more difficult.  It is arguable that in circumstances where bonuses have only been decided upon post-year-end, no legal obligation would have existed at the balance sheet date.  The advice which follows is therefore concerned with, ideally, creating a legal obligation as at the balance sheet date or justifying a provision by reference to a constructive obligation.

Whilst the concept of a constructive obligation is one which is understood by HM Revenue & Customs, it should be appreciated that reliance upon a constructive obligation may give rise to issues of greater subjectivity and a Tax Inspector is likely to require written evidence of the constructive obligation and its existence at the balance sheet date before accepting that corporation tax relief is due.  It is therefore suggested that if bonuses are contemplated for a particular accounting period which is to be paid at a later date some decision on this policy and ideally on the specifics of the policy, should be made and documented prior to the balance sheet date.  This should ensure any provision for such bonuses made in the company’s accounts is in compliance with the relevant accounting standards and thereby represents an allowable provision for corporation tax purposes.  These considerations will be particularly relevant in a company’s first accounts as there will be no history of bonuses in previous years to support any contentions that the directors/employees have a valid expectation of the receipt of a bonus.  The same position arises for an established company if, in previous years, bonuses have not been paid or if paid, have been at a much lower level.

In the interest of completeness it should be noted that the issues highlighted are unlikely to cause any difficulties where, following a year-end, the directors of a company decide to pay a dividend to the company shareholders.  Whilst the current accounting standard governing events after the balance sheet date (FRS 21) prohibits the inclusion of proposed dividends in the accounts of the company (unless unusually such dividends have been formally approved by the shareholders prior to the balance sheet date), this has no bearing on the corporation tax position as no tax relief is available to the company in respect of dividend payment and under such circumstances, the dividend will be shown in the year in which it is paid.  However, it is important, especially following the defeat of HM Revenue in the Arctic Systems case, to ensure that the appropriate Companies Act procedures are carefully followed to ensure there can be no easy argument from HM Revenue & Customs that purported dividends are in fact disguised remuneration liable to PAYE and NI.  Similarly, following the success of HM Revenue in the P.A.Holdings case, it is recommended that dividends should not be used in contrived circumstances if the disguised remuneration argument liable to at least NI is to be avoided.