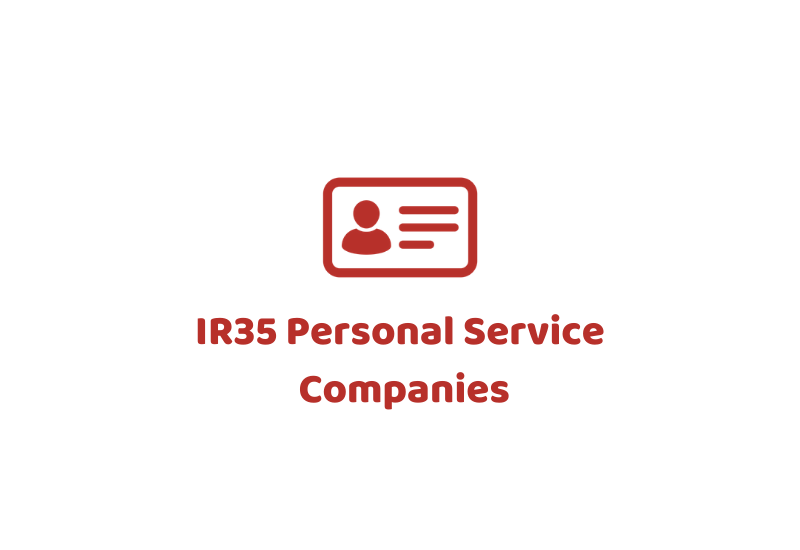 Posted at 23:59h in Accounting Issues, Accounting Services, accounting software, Limited Company by admin 0 Comments
0 Likes
Share
IR35 brought in to prevent the payment of less tax and national insurance. By using a Personal Service Companies partner to deliver services. Rather than being a direct employee.

By using Personal Service Companies it has been possible to extract income from the company. In the form of dividends rather than salary so saving big amounts of national insurance. Also, shares of the company may split with the spouse of the worker to help avoid higher rate tax. There is far more that can be deducted in the way of tax-deductible expenses. So. by operating through a company rather than as an employee.
The regulations applied where a worker supplies Personal Service through a relevant intermediary. Which can be a company, partnership or individual. To a client and had the worker contracted with the client, the income. Would have treated as employment income for tax purposes. The status tests outlined below use to help determine whether the worker. Which would have treated as an employee or self-employed if they had contracted?

Large amounts of tax and NIC are at stake. Every case needs to be a judge on its merits and several factors. Need to be considered in coming to a conclusion on whether a contract caught or not.
HMRC can provide an opinion on whether the contract caught by IR35 or not. But do not provide opinions on draft contracts. The view of HMRC often tends to come down on the side that the contract caught by IR35. But very often their view has shown to be wrong. Should not accept without further investigation. Whether HMRC should also be asked for their opinion also needs consideration.
We can help tell you how to stay on the right side of the law.
A company is a relevant intermediary for the IR35 rules if:
For partnerships, the IR35 rules are only applied when any of the following apply:

Any salary paid during the year has PAYE operated on it in the normal way during the year.
Where there is income caught by IR35. Then to the extent that it exceeds any salary to which PAYE is already applied plus taxable benefits. The excess will be treated as a deemed salary. Is treated as pay on 5th April, and is liable to PAYE and Class1 NIC’s. This makes the extra tax and NIC payable on 19th April following the tax year concerned. Which is a very short timescale so contractors need to be organized. Interest runs on underpayments from this date.

In arriving at the excess salary, certain expenses can be deducted from the income derived from IR35 contracts as follows:
The excess amount treated as being inclusive of the employer’s Class 1 NIC. So these deducted to arrive at the deemed salary on which tax and NIC calculated.
The deemed payment and employers NIC payment thereon are then deductible expenses. For the intermediary company treated as if paid on 5th April.
If actual salaries pay later of amounts that are included in the deemed salary calculation. They cannot pay free of tax and NI as they only reduce the salary payment of the actual year in which they are pays. To avoid potential double taxation it is better to use dividends.
If caught by IR35, the method of extracting funds from the company. Once the deemed payment calculation has applied needs to be considered. For example…

In determining whether the contract caught by IR35. it is necessary to consider the existing tests developed over the years to determine whether an individual employed or self-employed. These tests can be summarised in one question. Is the individual in business on his own account when offering Personal Service to the client? If the answer is not a definite ‘yes’ the following factors need to be considered…

Need to provide a personal service

Control and supervision of the worker by the client

The financial risk of the worker

Provision of equipment and materials by the worker

The intention of the parties

The first three factors are the most important. If one of these does not exist the contract does not have the attributes of an employment contract. So must be another type of contract, such as a self-employment relationship. To determine whether the worker is self-employed the other factors also need to be considered.

HMRC thinks they can generalize about what makes some companies fall within IR35 and other escape it. In May 2012 they have drawn-up a set of business entity tests, complete with a scoring system. To help you to judge whether your business would be at high, medium. Or the low risk of being investigated for falling under IR35. See HMRC guidance.
These business entity tests are not derived from the tax law. They represent the Taxman’s view of the risk of a business falling within IR35.
The scoring attached to the tests is controversial. As it penalizes businesses that have no bad debts. Never pay to advertise and operate from the owner’s home. These IR35 business entity tests do not change the IR35 law one bit and will ignore the Tax Tribunal.
If you choose to use the IR35 business entity tests, you don’t have to declare your score to the Taxman. The tests are for your own guidance. If you have a concern that the business entity tests produce a high risk score for your businesses. We should discuss why this is the case. Are they any changes that can be made to the way your business operates. Which would make it less likely to caught by IR35?
We can tell you about the correct tests for IR35. Which would recognize the Tax Tribunal, so do ask if you would like some reassurance.

The Dragonfly Consulting tax case established that the Tax Inspector can question. The relationship between the end client and the worker. If he decides that it is one of employee and employer. In spite of all the various contracts, agency, and Personal Service companies in place. The extra tax due will fall on the worker’s own company.
The case demonstrated how the contract between the agency and the final client can knock for six. Any clever contract is drawn up between the worker’s company and the agency. HMRC have proved that the entire stream of contracts needs to be considered. Compared to what actually happens on the ground.

The agency may agree to include a substitution clause in the contract with the worker’s company. But if this clause is not reflected in the contract with the final client it is ineffective. Even if a substitution clause does exist in the agency/client contract it will be ignored. The client tells HMRC or the tax tribunal that it would never actually accept a substitute for the worker.
To ensure your working arrangement with your client will stand up to challenge by HMRC. You need to see all the contracts in the chain. Be sure your client would agree to accept a substitute if asked to.
It should note that in a recent case with the judgement issued on 5 Jan 2011. (MBF Design Services Ltd) where a hypothetical contract was sought to be created. Thus, to examine the relationship between the end client and the worker. The three key status tests of personal service, control, and mutuality of obligations. Which led to the decision in favor of the taxpayer. It was particularly noted that the ability to cancel the contract without notice. The fact that contractors sent home without pay whilst employees. Which had to remain on site meant there was a lack of mutuality of obligations.

A Managed Personal Service Company differs from a Personal Service Company. In that, there is a scheme provider that operates the company on behalf of the worker. Often these known as “composite companies” with 10 to 20 workers put through the same company. Or, to managed Personal Service Companies with one for each worker. But managed by the scheme provider on behalf of the worker.
From 2007/08 the Government has taken action to tackle Managed Service Company schemes. Which use to disguise arrangements that should be treated as employment arrangements for tax purposes. Thus use to avoid paying the employed levels of tax and national insurance.
Income that is received by workers through MSCs is now subject to employment levels of tax and NI. It is the responsibility of the MSC to operate PAYE and deduct the necessary tax and NI on the income.

The rules for tax relief on travel expenses are the same as for other employed workers.
Whilst in often these companies should be caught by the IR35 legislation. They did not follow the legislation and when caught they liquidate as they have no assets. To start up another company the next day. To stop MSCs avoiding payment of these taxes, recovery of underpaid taxes and NICs. Will be possible from appropriate third parties, those behind the company operating such schemes. Including directors, shadow directors, and connected or controlling parties.
These individuals will also be easier to catch. As there will be no need to consider the specific relationship between each individual worker. The end client was proving to labor-intensive for HMRC.
The IR35 intermediaries legislation remains in place for personal service companies. Where the worker operates the company himself. The MSC rules are not targeted at these companies.
It has been reported in Accountancy Age that the IR35 tax raised £9.2 million between 2002/03 and 2007/08 financial years. A fraction of what is expected by the Government. Under the Freedom of Information Act, the Skilled Contractors Group collected the statistics from HMRC.
How we can help you
We can assist you with: