How To Handle Directors’ Loan Accounts? 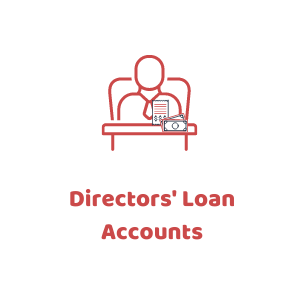 25 May How To Handle Directors’ Loan Accounts?

If you’re looking forward to a guide to how to set up a director’s loan account. Here’s a quick guide.

It’s important to remember that companies hold different legal entities quite unlike directors. Shareholders need personal funds/assets distinguished from funds/assets that belong to specific companies.
Let’s focus on the transactions between directors/shareholders for companies. We’ll have varying implications and tax treatments. We help you smoothen out the process.

How Do the Director’s Loan Accounts Work

What does a director’s loan account have? Talk about all the details of bookkeeping records that make up your account. That’s the exact running balance between the director and the company.

What is Your Salary Made Up of?

What comprises drawn salary, undrawn dividends, money put into the business & expenses are some of the highlights. We make sure that as a company’s director, you’re not charged on behalf of your company.

Normally,  money is charged from business to business purposes. This shows the amount debited to reduce the running balance.

When Does the Company Hold Funds from Director?

When there’s a net balance involved, chances are that the company is holding funds from the director. It’s more like a loan from the company to the director.
There’ll be a debit or overdrawn balance. This shows the company records from time to time.  Expect credit and debit situations over and over again.
It’s normally impossible for spouses and civil partners to operate joint accounts. Again it’s a similar way to a joint account for a clearing bank.

What’s the Company’s Act 2006? How Does it Apply to a Director’s Salary

If there’s a dividend, it’s going to be credited into director’s loan account. That’s the point where payment is due in an individual’s capacity.

The Companies Act 2006 lays down the correct processes but can’t compensate in certain conditions. A dividend voted at some point in the past. i.e. any credit arising from the voting of pay or a dividend can only take place on the date.

The appropriate resolutions are pass. Which in respect of payment would also be the date on which a PAYE/NI liability would trigger.

Figure Out the Loan Accounts Both ways

Director’s loan accounts can be a simple way for both companies. Moreover, directors get funding without the need to involve a third party.
It is important to understand the consequences and effects of any transactions undertaken by an overdrawn director’s loan account.  It is also important that all transactions recorded as. When undertaken and that directors. Moreover, their companies are aware of the running balance at all times.

What are Credit Balances?

Where in net terms a director has introduced funds to a company. So that the business owes money to that manager.
The implications are usually straightforward.  Interest may be charged by the director to the company.
If desired, at a reasonable rate (perhaps currently up to about 6% p.a.).  Any interest payments made must be subject to a source 20 per cent tax deduction.
For any higher rate of liability earned from the self-assessment tax return of the owner.  Interest paid to directors, whilst taxable. Can be a useful form of profit extraction as no liability to National Insurance arises.
The director, of course, needs to appreciate the recoverability of the amount. Due to him/her may be an issue if the company were to fail.  A failure to recover a loan to a (trading) company by a director/shareholder will, for tax purposes. Only give rise to a capital loss. (and as such will only be available for relief against capital gains. Rather than the much more valuable relief against income tax available in respect of some other types of loss).

Loans to directors/overdrawn balances wherein net terms. That, the director/shareholder has withdrawn more funds. To which he/she is entitled results in a debit or overdrawn balance. Speaking any such arrangement (where the overdrawn directors loan account balance is £10,000 or more). Should approve the shareholders in the company to follow the requirements of the Companies Act 2006. In fact, overdrawn balances (at any level) have to report in the annual statements of the company. When the balance is overdrawn. Then the director/shareholder obligates to repay the balance at some point. Either by introducing funds to the company or from credits which will be due from the company (e.g. dividends) to the director at some point in the future.  Difficulties can arise where future credits are anticipated but do not materialize. Often as a result of the failure of the company.
In spite of the above, it would be very simple for a director/shareholder in a private company. To arrange for profits to extract from the company by way of a long term loan. So, there is no immediate income tax responsibility on a bonus to a director or a dividend to a shareholder.  To counter this Section 455 Corporation Tax Act 2010 imposes a tax liability on the company. If at the end of an accounting period. There is a loan outstanding to an individual. Who is a participator ( a shareholder)? The tax due is equal to one-quarter of the size of the loan at the end of the accounting period. Payable to HM Revenue & Customs on the normal corporation tax due date. That is to say nine months after the end of the accounting period. Unless the company complies with the quarterly installments scheme).  The tax due is a stand-alone liability but can mitigate in one of two ways:

Overdrawn director’s loans account balance can also give rise to tax charges under Section 175 ITEPA 2003 relative to the benefit-in-kind of having a cheap (i.e. currently where the company charges less than 4% on any funds advanced) or interest-free loan.  Small loans (i.e. those of £5,000 or less) are ignored for this purpose but (almost) all other loans must be disclosed and a benefit-in-kind calculated thereon (currently at a notional interest rate of 4%) and declared on form P11D.  Failure to declare this benefit on form P11D is a common error and if identified via a PAYE audit or review of the company’s corporation tax return could well be the starting point for a wider investigation of the affairs of the company and its directors/shareholders.  As well as producing a personal income tax liability for the director the P11D entry produces a liability to Class 1A National Insurance for the company.  (Note that the liability to personal income tax and company Class 1A national Insurance arises independently of the company liability under Section 455.  A personal income tax liability and company Class 1A liability arises for each and every day there is an overdrawn director’s loans account balance and it continues until the loan is repaid.  Unlike the Section 455 charge which is canceled and refunded once the loan is repaid, the personal income tax charge and company Class 1A liability once incurred become a permanent cost).

One solution recommended is for the company to handle. The overdrew balance of the loan account. To forgive the balance due, i.e. agree to write off directors loan account as some sort of bad debt.  Such a course of action may prohibit by the provisions of the Companies Act 2006. Especially when the firm does not have adequate income to cover the sum involved). This again may well cause difficulties if the company were to fail. The target of any such diagnosis is further treated. As if they received a dividend and the company refuses any corporate tax relief. Furthermore, HM Revenue & Customs are likely to contend that Class 1. i.e. both employer and employee contributions) national insurance contributions are due since. The balance of a loan forgives for a director/shareholder, income tax is payable. Both as if it were a dividend and an employment benefit-in-kind.  The legislation dictates that, for tax purposes, the dividend charge takes precedence. So, this rule has no relevance to any charge for national insurance. which is likely to pursue by HMRC on the basis that the release of the loan is earnings from employment.  HMRC’s use of this strategy in Stewart Fraser Limited’s Tax Tribunal trial. What was released in January 2011?
I hope you find the above information useful.  If you wish to discuss further then please do not hesitate to contact our Accountants in London.