Dividends and PAYE/NI – Salary or Dividends 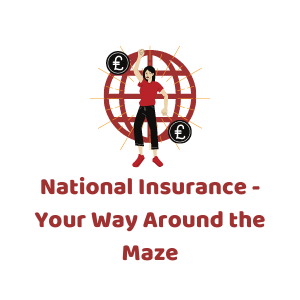 You are no doubt aware of the potential advantages relative to the payment of salary or dividends by your company to its director/shareholders. In particular, dividends do not attract national insurance contributions. So, while tax is due it is not collectible through the PAYE method. Filing the receiver’s self-assessment tax return form with no direct fee, resultant duty. Where the recipient is only liable to tax at the basic rate. Thus, Total income, including any dividends, received, up to about £40,000 per annum.

You may also be aware that over recent years there have been various attempts to limit the use of dividends, in particular, the following:-

In addition to the above, there is considerable legislation introduced via the Finance Act 2003 and Finance (No.2) Act 2005 which is directed towards countering complex tax avoidance schemes.  However, in amongst this legislation have been changes to Section 447 Income Tax Earnings and Pensions Act 2003 which now reads as follows:-

“447 Charge on other chargeable benefits from securities

(2)           The taxable amount determined under Section 448 counts as employment income of the employee for the relevant tax year.

(4)           If the benefit is otherwise chargeable to income tax this section does not apply unless something has been done which affects the employment-related securities as part of a scheme or arrangement the main purpose (or one of the main purposes) of which is the avoidance of tax or national insurance contributions”.

An NBAssociated person means (broadly) the shareholder and other connected persons.  Sub-section 5 (not reproduced) is of no practical relevance

Late in 2006 HM Revenue & Customs issued further guidance as to their interpretation of the above provisions.  This interpretation repeated a ministerial statement previously made in the House of Commons by Dawn Primarolo who said:-

“I want to make it plain that this move will not carry all. The equity incentives into a tax and National Insurance bill. A reference to benefits in the context of the schedule means the employment reward. The passing of value to an employee in return for the employee’s labor.  Where investors are carrying out their normal investment transaction, this charge will not affect them.”

The guideline went on to state the law gear at complicated theoretical schemes to prevent tax and payments to national insurance. In particular, the use of special purpose vehicles, the use of managed service/composite companies. Still further legislation applicable to such companies effective 6 April 2007, as before detailed. The use of alphabet shares with little value or rights use to pay dividends to a range of employees.  The ministerial statement also included a comment that “this measure will not affect the taxation of those small businesses that do not use contrived schemes to disguise payment to avoid tax and National Insurance”.

What is the problem regarding contrived plans?

The problem is that there is confusion regarding what are “contrived plans” and what is not.

What is and what is not acceptable. No, the specific attempt seems to be made to challenge the position of the owner-managers. Who hold ordinary shares in a company and draw a low level of payment. Sometimes only £7,500 per annum or so. With the balance of any profit pay to the same people as a dividend in their capacity as shareholders.  But, it may be that at some point in the future HM Revenue will contend. That the “fair” and “correct” amount of tax. here there is. “Transferral of interest for a job benefit” on the allocation of a bonus to the owner-managers. That is due via PAYE with associated National Insurance contributions. When this occurs, there might be a problem with how easy it should be for a very low salary to secure the position of a working (full-time) director employee. Particularly given the decisions of the Tax Tribunal outlined on page one.

Following on from the above it is clear that if any dividends need to pay. So this is the steps applicable to the Companies Act adopt in accordance with adopting the appropriate resolutions. Ensuring that the necessary company reserves are in place. Thus, issuing of appropriate dividend vouchers at the right time.  Failure to pay a dividend in accordance with these Companies Act requirements may simply mean that such a dividend has not in fact been paid which may leave open the way for HM Revenue & Customs to argue that any funds withdrawn on account of such a purported dividend are either remuneration or some sort of taxable loan.  In addition, there is also a requirement to comply with the National Minimum Wage legislation. Whilst there is an exemption for officeholders, i.e. directors who are not also employees. Utilizing this exemption will prejudice certain entitlements only available to employees. For eg, contingency compensation and other tax deductions that rely on the use of the applicant.

In view of the position, owner-managed businesses need to consider it. Whether the continued payment of very low salaries is appropriate. If it is not, then take appropriate action to increase salary payments with of course. The resultant extra PAYE tax burden and National Insurance contribution liabilities.  Alternatively, such businesses need to be aware that their position may be challenged at some point in the future. Normal HM Revenue & Customs approach in such circumstances is to look at not only the current year but certainly the previous three years and possibly beyond and to seek not only an additional tax/National Insurance due but also late payment interest and possibly penalties.

If you wish to discuss any of the above further then please do not hesitate to contact us accordingly.

Dividends, Dividends and PAYE/NI - Salary or Dividends, How are salary and dividends taxed in 2020/21, Salary or dividends?, Tax Saving on Dividends